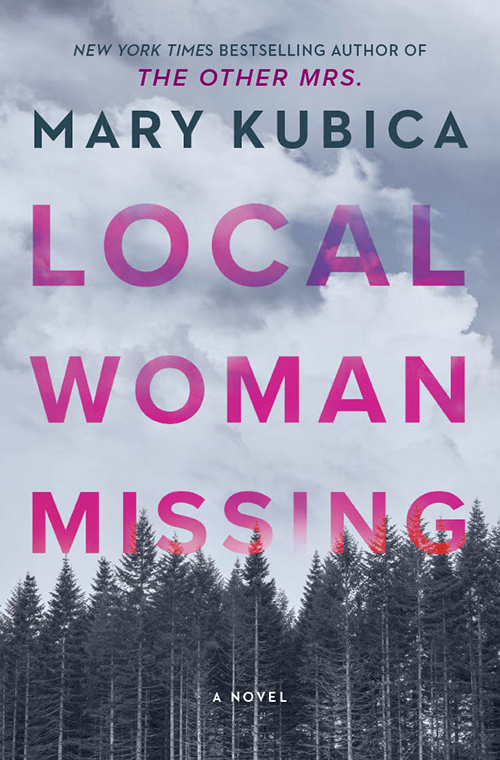 There’s a smudge of lipstick on the collar of his shirt. She sees it. She says nothing about it. Instead, she stands there, bobbing the crying baby up and down like the needle of a sewing machine piercing fabric. She listens to his lame lies, his same, dispassionate Sorry I’m late, buts he reels off almost every night. He must have an arsenal of them amassed, and he uses them in rotation: a bottleneck on the expressway, a coworker with car trouble, getting stuck on the phone with some apoplectic policyholder whose house fire wasn’t covered because of insufficient documentation of the damage. The more specific he is, the more sure she is of his betrayal. Still, she says nothing. If she presses him on it, he gets mad. He turns it around on her. Are you calling me a liar? For this reason, she lets it go. And also because it would be a double standard for her to make a big deal of the lipstick.

“It’s fine,” she says, taking her eyes off the lipstick.
They eat dinner together. They watch some TV.

Later that night, she puts the baby to bed, feeding her at the last minute so that she won’t wake hungry while she’s gone.

She tells him she’s going for a run. “Now?” he asks. It’s after ten o’clock when she steps from the bedroom in running clothes and shoes.

He stares at her too long, his expression unclear. “When people do dumb shit like this, they always wind up dead.”
She’s not sure what to make of his words, whether he means running alone late at night or cheating on one’s husband. She convinces herself it’s the first one.

She swallows. Her saliva is thick. She’s been anticipating this all day. Her mind is made up. “When else do you expect me to go?”

All day long, she’s home alone with their baby. She has no time to herself.

He shrugs. “Suit yourself.” He rises from the sofa and stretches. He’s going to bed.

She goes out the front door, leaving it unlocked so she doesn’t have to carry keys. She runs only the first block so that if he’s watching out the bedroom window, he sees.

At the corner, she stops and sends a text: On my way.

The reply: See you there.

She deletes the conversation from her phone. Is she as transparent as her husband? Is what she’s doing as obvious as the lipstick on his shirt? She doesn’t think so. Her husband is hot-blooded. If he had any idea she was sneaking out to hook up with some guy in his parked car on 4th Avenue, where the street dead-ends a hundred feet from the last house, he’d have beaten her to within an inch of her life by now.

She walks along the street. The night is quiet. It’s the only time of day she looks forward to, lost in the anticipation of some guy she hardly knows indulging her for a while, making her feel good.

He isn’t the first man she’s cheated on her husband with. He won’t be the last.

After the baby was born, she tried to quit, to be faithful, but it wasn’t worth the effort.

This guy says his name is Sam. She’s not sure she believes it. She’s been seeing him off and on for months, whenever he or she gets the urge. She met him when she was pregnant of all things. To some guys, it’s a turn-on. He made her feel sexy, despite the extra weight, which is far more than she could say for her husband.

Like her, Sam is married. And he isn’t the only guy she’s been seeing on the side.

The few times they’ve been together, “Sam” takes his ring off and leaves it on the dashboard, as if that somehow mitigates what he’s doing. She doesn’t do the same. She isn’t one for feeling guilty. She’s made herself believe that it’s her husband’s fault she does what she does. Turnabout is fair play.

The sky is full of stars. She stares at them awhile, finding Venus. The night is cold and her arms are covered with goose bumps. She’s thinking about his car, how warm it will be once she gets inside of it.

She’s looking up at the stars when she hears something coming at her from behind. She spins around, eyes searching the street but coming up empty in the darkness. She chalks it up to some wild animal rummaging through trash, but she doesn’t know. She turns back, goes back to walking, picking up her pace. She’s not one to get scared, but she starts thinking of what-ifs. What if her husband is on to her, what if he is following her, what if he knows?

She tells herself he doesn’t know. He couldn’t know. She’s a very good liar; she’s learned how to silence her tells.

But what if the wife knows?

Don’t you look pretty.
I’ve been waiting for this all day.

They’re not in love. No one is leaving their spouse anytime soon. It’s nothing like that. For her, it’s a form of escapism, release, revenge.

Another noise comes. She turns and looks again—truly scared this time—but finds nothing. She’s jittery. She can’t shake the feeling of eyes on her.

She starts to jog, but soon trips over an untied shoe. She’s uncoordinated and nervous, wanting to be in the car with him, and not alone on the street. The street is dark, far too dark for her liking.

She senses movement out of the corner of her eye. Is something there? Is someone there? She asks, “Who’s there?”

The night is quiet. No one speaks.

She tries to distract herself with thoughts of him, of his warm, gentle hands on her.

She bends over to tie the shoe. Another noise comes from behind. This time when she looks, car lights surface on the horizon, going way too fast. There’s no time to hide.